Backing Legacies And Colleges “BLAC”:We Got Your Back 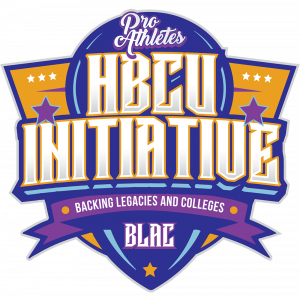 Nearly eight million students currently participate in high school athletics in the United States. More than 480,000 compete as NCAA athletes. According to the National College Players Association, 86 percent of college athletes live below the poverty line. But ask what the top NCAA executives make, about $1 million per year. Fewer than 2 percent of NCAA student-athletes go on to be professional athletes. In reality, most student-athletes depend on academics to prepare them for life after college. Education is important!

There are 101 HBCUs in the United States,228,000 enrolled students, including both public and private institutions (of 121 institutions that existed during the 1930s). According to a 2018 article by the Atlantic, black men make up only 2.4 percent of the total undergraduate population of the 65 schools in the so-called Power Five athletic conferences. Yet black men make up 55 percent of the football players in those conferences, and 56 percent of basketball players. Black athletes have attracted money and attention to the predominantly white universities that showcase them. Meanwhile, black colleges are struggling. Professionally, in MLB 42.5%, NBA 80.7%, and NFL 70% of the players are black. How many of them do you think came from and HBCU?

It is time black student athlete’s return to our HBCU’s. The recruitment of top high school athletes has become more competitive than ever. Top athletes will generate a fan base, media attention, and revenue for the schools. Student athletes, help us identify and encourage the generations behind you to follow in your footsteps at an HBCU. Your participation is critical to the future of these institutions. We need you to post, share, and talk about life at an HBCU. Share the support and advantages of being a student at an HBCU. Any and all funds generated from this effort will go directly back to the students. We hope you see us as a partner in backing your athletic goals and aspirations. WE GOT YOUR BACK!